Why are there no universally standard plugs?

To answer this, we need to go back in time before we had a roaring industry that had various universal socket suppliers, power socket manufacturers or industrial plug and socket suppliers. When power and electricity were introduced to the world, it had one use in every household: lighting.

But as we grew knowledgeable and expanded our perspectives on electricity we discovered that power could be an alternative to heating, as well as any appliances that forced us to work. All that was needed was a way for electricity to be put into it. And so by the 1920s, the electric nema power plugs was born, specifically the two pronged plugs.

The issue with those though in Western society at the time was that there was a lot of risks associated with the plug short circuiting and blowing the fuse. In response, Westerners now have power socket manufacturers making three pronged sockets as well as the industrial plug and socket suppliers making three pronged plugs on top of two pronged plugs.

But that doesn't explain why there is a need for a universal socket supplier.

Countries Made Their Power Plug 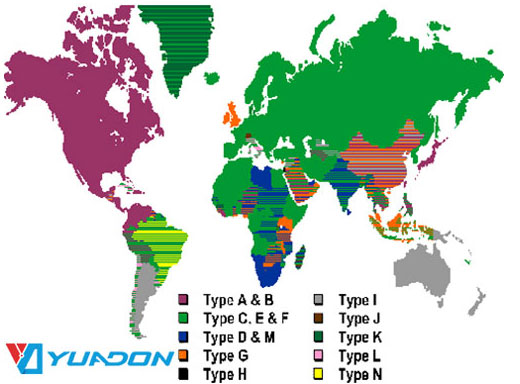 The reality, and why we have 15 different types of plugs and socket outlets is due to countries wanting to make their own. When plugs and sockets became popular in the 1920s, there were a number of electric companies that operated on a split tariff system. Basically, the cost of electricity on lighting was lower than using electricity for other purposes.

This meant that depending on what the country intended to use the plugs or sockets for would pay vastly different prices in importing those goods. Not to mention since power was commonly used, it made more sense for each country to make their own rather than rely on other countries for power or supplies.

The Need For A Universal Socket Supplier

All that being said, it doesn't mean that there has been no attempt at a standard plug and socket. The International Electrotechnical Commission (IEC) has been going at this for decades. But due to political or economic issues that came up with various countries made this not realistic.

There has been some hope though as there is a standard plug. It's referred to as type N and was introduced by the IEC with mixed feelings from other countries. However, in 2007, Brazil started to adopt this plug and others are slowly making changes as well. Not necessarily to type N but are trying to adopt similar plug systems that others use like F, I or G. Until this time the need for a universal socket supplier is still needed until a point where industrial plug and socket suppliers and power socket manufacturers and countries can start working together to create a standard plug worldwide.

After reading this blog, do you want to learn more about related information? Please follow us and we will update more knowledge for you.