Power Plugs- All around China

Presently a considerable lot of the little portable gadgets like mobile phones, cameras, rotating brushes, hair dryers, and electric razors are made with universal standards utilizing 110/220 (joining the two primary standards for voltage and frequency on the planet ) with two level prong charger plugs. And you don't need to utilize a connector while going in China. What's more, you can utilize the two-stick sockets effectively here in China with your two level prong plugs.

If you’re going to be resident of China, ensure your electric gadgets utilize 110/220 volts and your plugs have two level prongs. Coincidentally, the greater part of the chargers for PCs are made with three-prong plugs which may not fit into the three-level stick sockets here in China and you have to purchase a versatile plug connector at your nation of origin or here in China. Also, look at the Voltage for your PCs to check whether they fit into 220 V. If not, you have to utilize a converter moreover. In the event that you have a few inquiries with your plugs, sockets, and Voltage while traveling China, if you don't mind have a look below! 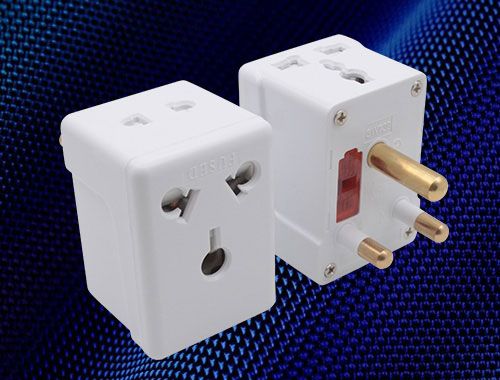 What Voltage is used in China?

Converters (Most workstations have universal converters with no issue)

On the off chance that you are from the nations where the standard of 110-120 volts at a frequency of 60 Hz is accessible, you need converters for your household electric gadgets to be utilized on your outing to China. You may set yourself up a converter with a socket of your nation of origin's standard. A converter is to execute that changes over the contribution from 220V to 110V or 120V for your gadget. Most PCs have worldwide converters with no issue.

Power Plugs and Sockets in China

Plug and socket supplier in China

Yuadon is an integrated factory in China with more than 100 workers, who combines production, sales, research and development. The international standard socket produced by Yuadon electric has obtained many licenses and quality inspection certificates; it has made the customers around the world feel at ease and use them with peace of mind. All of our products hold the corresponding certificates provided by authority organizations. The certificates are including UL, CSA, TUV, CE, SEMKO, LVD, ROHS, REACH, etc.