A Complete Guide to NEMA Receptacles and NEMA Connectors

You must have heard about the popularity of NEMA connector factory and NEMA receptacles factory. NEMA connectors and receptacles have become much famous within a few years. Keeping in view their popularity, we have decided to share a complete guide to NEMA products.


NEMA stands for National Electrical Manufacturers Association. This US-based authority comprises of more than 700 technical publications and standards. Its standards are internationally used. Most of the power plugs, receptacles, and connectors are covered by NEMA standards. There are 2 main types of NEMA receptacles and power plugs. These include:


The plugs used in non-locking connectors can be freely pulled in/out of receptacles. It is convenient but the plug can easily be disconnected by an unforeseen event. On the other hand, twist-locking connectors can only rotate when their plugs are connected. Thus, causing them to lock in place and removing the possibility of accidental detachment.


Receptacles and connectors made in compliance to NEMA standards are assigned an alphanumeric code which depicts product features. Let’s have a look at some of the connector features.


• If a NEMA code begins with ‘L’ letter, then it is a twist-locking device. But if no letter is mentioned on it, then it is a non-locking type.
• The NEMA type devices are specified by a number that precedes the ‘L’ letter and includes a dash after number.
• The current rating of a device is shown by a digit after the dash.
• The ‘P’ letter at the end of the NEMA code represents a plug whereas the ‘R’ letter indicates a receptacle.


For example, a connector with L5-30R NEMA code indicates the following features:


Another example of a device with 2-15P NEMA code represents the following features:


• It is a non-locking and straight-bladed device as it doesn’t reflect ‘L’ letter.
• It is a type 2 NEMA device.
• It has a 15-ampere current rating.
• ‘P’ letter signifies a power plug.


A twist-locking connector is generally used in locations where the chances of accidental disconnections are maximum and the outcomes are important, such as industrial locations or data centers. Note that receptacles and power plugs are designed to connect together the same NEMA types. The angle slightly differs between blades among NEMA types to avoid accidental connection. For instance, users cannot connect a 2-15P power plug with a 5-30R receptacle.


Final verdict
NEMA receptacles and connectors are available in different configurations that provide considerable flexibility when indicating electrical installations. On the other hand, having a lot of options for NEMA connector factory and NEMA receptacles factory may resist you from choosing the best factory. Here an experienced NEMA connector factory can help you find the durable devices, such as Guangzhou Yuadon Electric Co., Ltd. Yuadon has years of experience in manufacturing NEMA connectors, receptacles, and power plugs. It is also renowned as a leading generator plug factory. 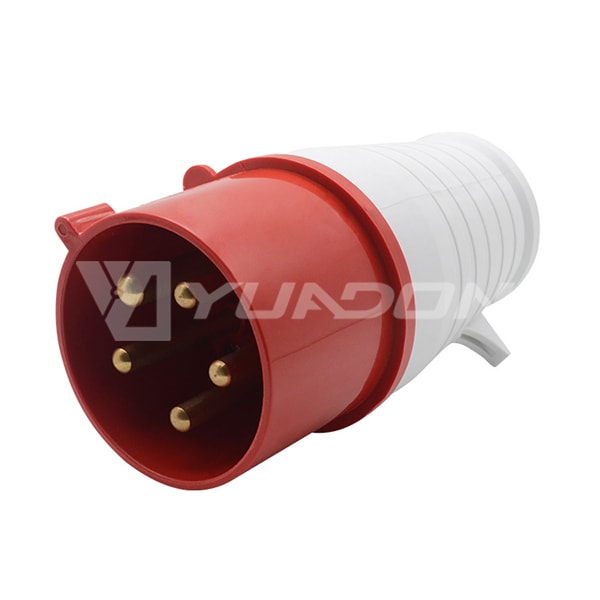