How To Use NEMA Power Plugs

The National Electrical Manufacturers Association (NEMA) is the leading authority for plugs in the US. This company is the reason behind the nema power plugs, after all, there are over 350 companies that are either a NEMA connector factory, a NEMA receptacles factory or both and more.
While NEMA is definitely US based, it’s globally recognized for the specific standards that are used throughout the world. Because of this, nema power plugs are used by various countries outside of the US.
But there is a lot more to them than you might think. For example, the reason they are so widely recognized and used is due to the mass amount of standards and technical written work that’s published under them. There’s well over 700 of those standards and records.
So let's look more into the nema power plugs as well as the many nema connector factory and nema receptacles factory that makes them. 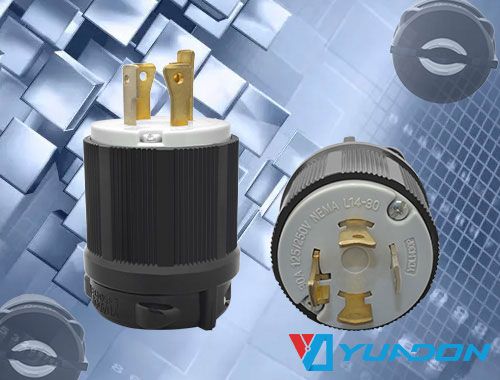 Before we get to the classification standards it’s important to look at the products of the nema connector factory and nema receptacles factory. There are two types of nema power plugs and they are quite different from one another:
1.Straight-blade plugs that are non-locking.
2.Curved-blade plugs that are twist-locking.
In many cases throughout the US and other countries who use these plugs, you’ll find the first type to be very common. Non-locking plugs are designed in such a way that any person can pull them out freely by pulling on the plug. The nema connector factory produces these plugs because they are convenient for the average consumer. That being said it raises complications as someone can cut the power by accident if they kick the plug out of the socket.
For this reason, the second type is created by nema receptacle factory workers in which the user will need to put the plug in and then rotate it so it’s connected. To remove it you’ll need to rotate it backward and pull it out. An extra hassle, but it removes the risk of the power being cut off accidentally.

Now that you know the types, it’s important to look at the codes. The reason why these codes are important is that these codes serve as a sort of barcode. It identifies what the plug can do and what are its functions.
As mentioned above there is a lot more to a nema power plug than you might think and these codes are one of them.

Here's a run down of the codes:

-The indicator of it being a non-locking or a twist locking - The NEMA code will start with an L if it’s a twist locking plug, no letter if it isn’t.
-NEMA type - this is followed after the L in twist-locking plugs followed by a dash. The type is indicated with a number that helps to determine the features of that connector.
-Current rating - After the dash, the current rating is the number that shows the ampere rating.
-Plug or receptacle? - After the code is done the last letter determines what this is. P for the plug, R for the receptacle.
For example, an L5-30R reveals that it can lock, it’s a type 5 with a current rating of 30A and is a receptacle. On the other hand, if you see a 2-15P show that it doesn't lock, it's type 2 with a current rating of 15A and it’s a power plug.
This is all important because those plugs will be found in very different areas. Locking plugs you’ll find in places where accidental disconnections could happen (i.e. data centers, factories, etc.) whereas power plugs you’ll find in common households.